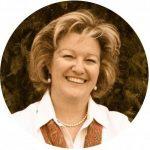 Öğrt. Gör. Hatice İclal Kardıçalı
Iclal Kardıçalı was born in Izmir, Türkiye. She started her musical education with Prof. Max Hallecker, at the age of six. After graduating from American Collegiate Institute in Izmir, she studied English-French Translation/Literature at Concordia University in Montreal, Canada and continued her musical education at McGill University in Prof. Anna Spielberg’s piano class. She studied Piano with N. Sultanov, Choral Conducting with W. Szalinski, Counterpoint, Composition and Orchestra Conducting with B. Hoinic at the Faculty of Music, at Bilkent University in Ankara where she received her Masters degree in 1996. Her thesis was twofold: A symphonic piece composed in neo-classical style and an archive study/compilation of choral pieces composed and/or transformed into polyphonic music after 1923. She worked with many soloists including V. Hudecek, L. Isakadze, B. Büke, B. Tufan, C. Aşkın, H. Shaham, S. Ganiev, T. Ganiev, A. Markov, S. Korkut conducting the Izmir and Antalya State Symphony Orchestras and Izmir and Bodrum Chamber Orchestras. Iclal Kardıçalı has also been performing on regular basis with the French Violinist Jennifer Duchateau since 1999. Some musical compositions of Mrs. Kardıçalı include Cantate, a Suite, and some songs based on the poems of Turkish poet Ahmet Haşim and Orhan Veli Kanık. After obtaining her teaching degree at the Dokuz Eylül University in Izmir, she worked as an English teacher at the Faculty of Education, at Dokuz Eylül University, undergraduate level. She still continues to work on irregular basis as a conference translator. Since 2000, she has produced Classical Music Programs at TRT/Radio 3, the Turkish State Radio and Television. For 20 years, Iclal Kardıçalı has been the founding president of the Orion Foundation for Education which has founded and administers two kindergartens, elementary and middle schools in Izmir. She has contributed to teacher training, English curriculum, material and in-class teaching creativity development. Mrs. Kardıçalı has finished her thesis on Creative Behavior of Class Teachers and received her second Masters Degree from the Dokuz Eylül University in Izmir, in Educational Administration. She represents Turkey as the National Representative of International Inner Wheel, a prominent women’s organization worldwide and is also the immediate past president of Rotary e-Club in Izmir. She actively takes part in national and international projects involving women and children. İclal Kardıçalı has published a music book for children in December 2018 and at the International Symposium organized by ITU’s Musicology Department in April, 2019, she has been invited to speak on one of the multidisciplinary classes she offers. She teaches multidisciplinary elective classes at Yaşar University on part-time basis, combining music and literature. İclal Kardıçalı is married. She is the mother of a daughter and two sons and the grandmother of Efe.